Enas, or Nas as she is known to friends, has lived with her mom, dad, and three-year-old brother at Arlington Mill Residences for four years. Originally from Ethiopia, her parents were looking for more opportunities for the family, but specifically for their young daughter. “For me, as a woman, it’s very hard to get an education and be successful in a third world country,” said Nas. When she was 11, they were finally awarded the opportunity to move to the United States via a visa lottery process. 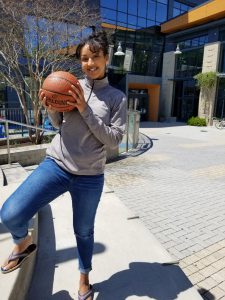 The family settled in Fairfax as Nas’s parents worked odd jobs and acclimated themselves to American culture. While Nas admits that she is mainly living an “American lifestyle” now, she stays active in celebrating her Ethiopian culture by participating in clubs and activities that focus on African heritage at her high school, Washington Lee. In Ethiopia, Nas attended a private school where speaking English was mandatory. “Aside from learning English at school, I was young, so I was familiar with American culture- coming here didn’t feel like so much of a shock. In Ethiopia there are over 80 languages, so there is an abundance of culture.”

After the family realized that her father’s commute from Fairfax to Arlington for his job as an auto technician was too much, the family began to investigate relocating. Luckily, they heard about APAH’s Arlington Mill Residences, which was under construction at the time. After going through the application process and being accepted, Nas was thrilled to finally see her new home for the first time. Her family fit right in with their new neighbors, many of whom are also Ethiopian. Nas’s little brother, who is three, has many close playmates in the building. Her mother has girlfriends. And Nas is consistently gabbing in Amharic, her native language. The family even spends holidays and other special times at the homes of neighbors. 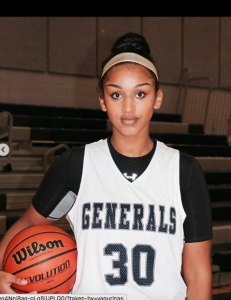 Always an athlete, Nas had played soccer and run track back in Addis Ababa (the capital of Ethiopia, where her family lived). Although she enjoyed playing basketball during recess, she never thought much of it. Once in Arlington, Nas had the opportunity to join a rising freshman basketball team for 7th and 8th graders. Standing at 5 feet 11 inches, her coach noticed her instantly and told her that if she continued, she could be eligible to receive a college scholarship. That summer, Nas played hard at the Arlington Mill Community Center, located adjacent to Arlington Mill Residences, and worked on her basketball skills to prepare for tryouts at Washington Lee.

Once she secured her spot as a forward on the varsity team, Nas realized basketball was a viable path to her future goals. Washington Lee has a very dedicated curriculum that encourages students to begin preparing for college the moment they begin high school. “I told my coach, I’m going to get a scholarship. I’m going to do the work, I will do whatever it takes.” After three years of forgoing a social life, working out, playing ball, and hitting the books, Nas began to be recruited for college teams in the summer of 2017. 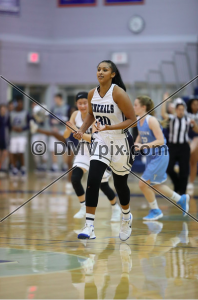 The level of dedication required for Nas to be successful at basketball was truly an effort by her entire family. While she was playing for an elite travel team in Reston, her dad would drive her out one hour to practice, wait the two hours while she practiced, and drive her back, as well as supporting travel for weekend games when the team would travel all around the country. It is on these trips that Nas was eventually scouted by over 10 schools. After conferring with her coach and attending visits, she had narrowed it down to two schools. Ultimately, Wagner College (a Division I school) located in Staten Island, NY, won her over. “The day I went for my visit, I got to spend the whole day with the players. It gave me an opportunity to see what I would be doing first hand.” Additionally, the opportunity to be so close to NYC and have lots of future internship possibilities drove her decision. Nas hopes to become a pediatrician one day.

After completing her four-year degree, she wants to consider playing professionally, perhaps in Europe, where women’s basketball is very popular. In this atmosphere, athletes can play during the professional season and use the off season to complete studies- medical school, in her case. Either way, basketball is a priority that’s here to stay. “Right now, I don’t see myself stopping. It’s just something I love doing.”